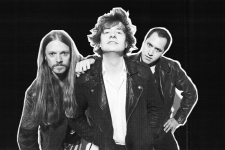 After the release of two albums and countless shows, Tom Allan & The Stangest has now permanently docked at the harbor of Beverungen's traditional label Glitterhouse Records. Their new album 'TAATS' will be released on August 26, the first single Unimpressed & Unaroused is already out. 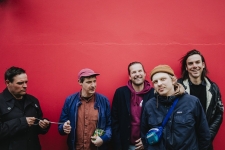 The long-waited second album by Paul Konopacka, Klaus Hoffmann, Kristian Kühl, König Wilhelmsburg and Jörkk Mechenbier aka TRIXSI will be released on June, 3rd on Glitterhouse Records. The band has called their new masterpiece '...And You Will Know Us By The Grateful Dead' and already released two amazing new tracks which you shouldn't miss: Panik and Schlangenmann.

With two full length releases under her belt and newly signed to Neon Gold/Atlantic Records, Tel-Aviv based musician and producer NOGA EREZ has cemented her status as a formidable voice in the world of alternative pop. With her genre-spanning music, quick wit and inimitable style, NOGA EREZ’s future looks set to be as vibrant and exciting as ‘Nails’ sounds. 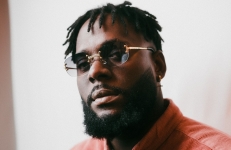 Garey Godson is a Nigerian born Berlin-based artist and producer. His genre defying style is evident in his Afro-fusion delivery which fuses elements from Afropop, R’n‘B, Drill and Trap elements. He collaborated with artists such as Show Dem Camp (Nigerian rap duo legend) and just recently with German Hip-Hop artist Megaloh for the song Fast Lane. 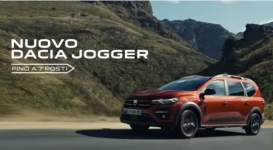 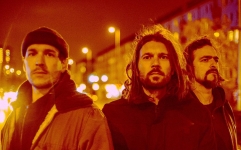 SAMAVAYO will release their new album Payan on March 25th on Noisolution. Another step that raises the band's own mixture of heavy, stoner, psychedelic and oriental elements to a new level. Their first single Afghan Sky (feat Nick DiSalvo from Elder) is already out and tourdates can be found here. 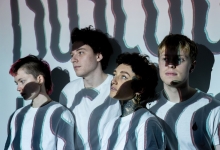 This young band from Berlin could be one of the big surprises in the new year. ISOSCOPE recorded a remarkable debut album that dissolves boundaries and despite the mix of styles works as a whole very well. On Ten Pieces can be found rhythmically tricky and yet danceable, polyphonic songs like Parts and In The Absence Of A Guide. 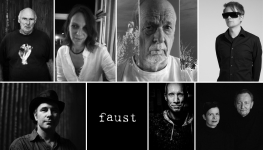 Zappi Diermaier’s faust is an all-star cast of those you may heard of before including some original members of the previous Faust, Einstürzende Neubauten, monobeat original, Stadtfischflex and Schneider TM. On the new record „Daumenbruch“ the collective presents three extraordinary and visionary tracks, one of them is Weisse Schokolade. 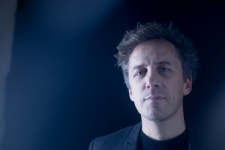 LUNA is the name of Pascal Schumacher’s second output on Neue Meister. Release date is on March 25 but the first single Rhythmicon is already out. On LUNA the Luxembourg percussionist, composer and vibraphonist Pascal Schumacher collobarated with the Belgium post-classical ensemble Echo Collective what lends the album to its many exciting layers and textures. 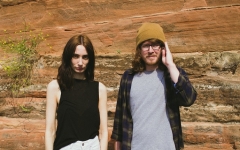 Liverpool duo King Hannah will release their debut LP I’m Not Sorry, I Was Just Being Me on February 25 via City Slang. A spectacular debut which offers cinematic, often immersive and off beam soundscapes. King Hannah already released some singles upfront like A Well-Made Woman, All Being Fine and Big Big Baby. Watch out for tour dates in April&May. 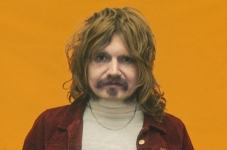 The dancefloors of the seventies are reactivated by Silvershark. „Burn To Boogie“ (Noisolution) offers a fascinating trip into the past and celebrates a swinging melange of Soul, Funk and 70s Disco that is great fun and will get your disco heart beating. Just listen to Hittin‘ Hard and start to dance! 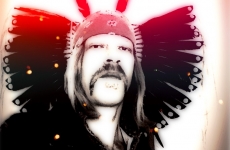 The wait is over: Silver Sash is the first sign of life by David Eugene Edwards since the critically acclaimed „Star Treatment“ in 2016. The new album is the first Wovenhand opus completely written in cooperation with Chuck French (Planes Mistaken For Stars), to be released on February 4th by Glitterhouse Records. The first single Duat Hawk is already out. 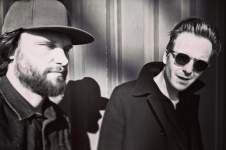 The new Taumel album will be released on February 18th by Tonzonen Records - the T R A U M series continues! „Now We Stay Forever Lost In Space Together“ features five new works which are characterized by slow tempi and instrumental quartet instrumentation. First teaser is the title We Stay. 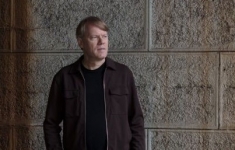 For a long time we’re publishing some great artists from CHRIS ECKMAN‘s label Glitterbeat. Now we’re happy announce that we’re also representing CHRIS ECKMAN himself as a songwriter. In June he released his  fifth solo album „Where The Spirit Rests“ on Glitterhouse Records and was promtly awarded the "German Record Critics Prize" (Preis der deutschen Schallplattenkritik) for his outstanding album, congratulations! 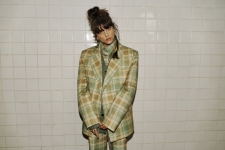